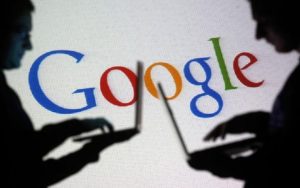 Google continues to challenge claims from the United States Department of Labor which accuse the tech company of systematically underpaying women: and the company has released information in an attempt to explain just how it measures these potential disparities, in their defense.

US Department of Labor regional director Janette Wipper testified in a San Francisco court, on Friday, that Google had “systemic compensation disparities against women pretty much across the entire workforce.”

But Google Vice President of people operations, Eileen Naughton—who happens to be a woman—argues, “Our analysis gives us confidence that there is no gender pay gap at Google,” in an official statement. She goes on to note that Google most recent employment analysis was performed quite recently—late last year—and covered 5 different job categories to discern “no gender pay gap.”

Now, Google has already published an overview of how they retain pay equity analysis in other businesses and they have even quite recently expanded upon their own system to now cover racial and gender equality when determining pay value.

Naughton continues, “Each year, we suggest an amount for every employee’s new compensation (consisting of base salary, bonus and equity) based on role, job level, job location as well as current and recent performance ratings. This suggested amount is ‘blind’ to gender.”
She also adds, “The analysts who calculate the suggested amounts do not have access to employees’ gender data. An employee’s manager has limited discretion to adjust the suggested amount, providing they cite a legitimate adjustment rationale.”

The executive warrants that the model they use measures individual salary calculations against calculations made in peer reviews in order to ensure that there is, as she says, “no statistically significant differences between men’s and women’s compensation.”

Now, while Google “vehemently disagree[s],” with the accusation, noting that the DoL’s process for determining such conclusions remains unclear, it is important to note that Google failed to comply with a routine personnel audit. As such, industry experts warn that disputes such as this one continue to demonstrate just how complex compensation schedules can be for technology companies (as they require vast and variable skill sets and can employ people at many different levels of experience).

Indeed, Joelle Emerson—the founder and CEO of workplace diversity advisory firm Paradigm—notes, “It would be a rare organization I’ve ever encountered that doesn’t have issues that it should be addressing.”