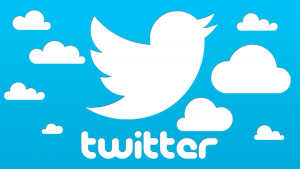 A subscription plan is being tested out by Twitter. The plan involves automatically promoting tweets with a view to reaching more users as well as to grow the follower base. For a monthly fee of $99, the service which is in private beta testing promotes the tweets of a subscriber to people who are yet to become followers. Subscribers will, however, lose control over which tweets get promoted.

“We’ve developed a way for you to grow your following and have your Tweets reach more people without creating ads or managing campaigns,” reads a section on a page promoting the Twitter service.

During the testing phase, businesses were only allowed to target ads on the basis of a specific metro area in the United States such as Chicago, New York or Los Angeles or on the bases of a particular interest category such as beauty, fashion or sports.

The ad subscription model is, however, not expected to improve the stagnant growth being experienced by the social media firm since it is unlikely to attract additional users. Some critics are of the view that social-media influencers will turn out to be the primary subscribers and they will likely flood the platform with undesirable content and advertisements. Such misuse is only likely to scare off users as well as some advertisers.

The developments follows disappointing financial results in Twitter’s latest quarterly report. Advertising revenue declined by 8% while the user base also failed to grow. In the quarter ending on June 30, the number of monthly active users on the microblogging firm remained at 328 million. Analysts had been expecting an increase of 800,000 users which didn’t materialize. In the first quarter Twitter had added 9 million new monthly active users and this had resulted in the stock of the microblogging service appreciating by 40% since mid-April.

Though advertising revenues fell to a figure of $489 million, it was above the $458.1 million that had been estimated. The net loss increased to 16 cents a share to reach a combined figure of $116.5 million. A year earlier the net loss was 15 cents a share.

Hawaiian Holdings, Inc. Given Average Rating of “Hold” by Brokerages