Complete the form below to receive the latest headlines and analysts' recommendations for Falcon Minerals with our free daily email newsletter:

Shares of Falcon Minerals Corp (NASDAQ:FLMN) have been assigned a consensus recommendation of “Buy” from the eleven research firms that are currently covering the firm, Marketbeat reports. One analyst has rated the stock with a sell rating, three have assigned a hold rating and seven have issued a buy rating on the company. The average 12-month price objective among brokerages that have covered the stock in the last year is $9.48.

Falcon Minerals (NASDAQ:FLMN) last announced its quarterly earnings data on Thursday, November 7th. The company reported $0.06 earnings per share for the quarter, missing analysts’ consensus estimates of $0.08 by ($0.02). The firm had revenue of $15.91 million during the quarter, compared to analysts’ expectations of $16.30 million. Falcon Minerals had a return on equity of 7.16% and a net margin of 22.83%. As a group, sell-side analysts anticipate that Falcon Minerals will post 0.34 earnings per share for the current year.

The business also recently announced a quarterly dividend, which was paid on Tuesday, December 3rd. Investors of record on Wednesday, November 20th were issued a $0.135 dividend. This represents a $0.54 annualized dividend and a yield of 8.63%. The ex-dividend date was Tuesday, November 19th. Falcon Minerals’s dividend payout ratio is currently 270.00%.

Falcon Minerals Corporation acquires and owns mineral, royalty, and over-riding royalty interests in oil and natural gas properties in North America. It owns interests covering approximately 256,000 gross unit acres in the Eagle Ford Shale and Austin Chalk in Karnes, DeWitt, and Gonzales Counties in Texas, as well as approximately 68,000 gross unit acres in Pennsylvania, Ohio, and West Virginia that is prospective for the Marcellus Shale.

Featured Article: What is Cost of Goods Sold (COGS)? 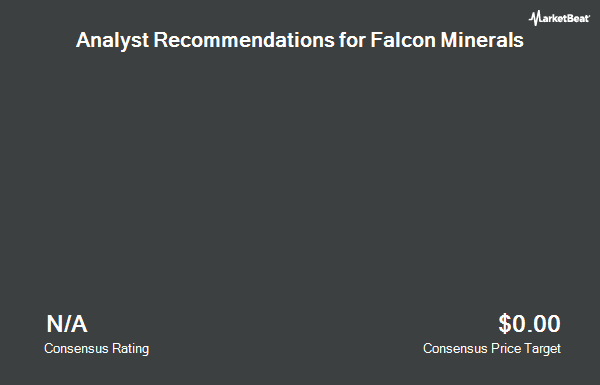