Complete the form below to receive the latest headlines and analysts' recommendations for Innogy with our free daily email newsletter:

Innogy SE (ETR:IGY) has earned an average rating of “Hold” from the thirteen brokerages that are covering the company, Marketbeat.com reports. Four research analysts have rated the stock with a sell recommendation and nine have given a hold recommendation to the company. The average 12 month target price among brokers that have updated their coverage on the stock in the last year is €38.17 ($44.38).

innogy SE operates as an energy company in Europe. The company operates through three divisions: Renewables, Grid & Infrastructure, and Retail. The Renewables division generates electricity through onshore and offshore wind power, as well as hydroelectric power primarily in Germany, the United Kingdom, the Netherlands, Poland, Spain, and Italy.

Read More: What Does a Sell-Side Analyst Rating Mean? 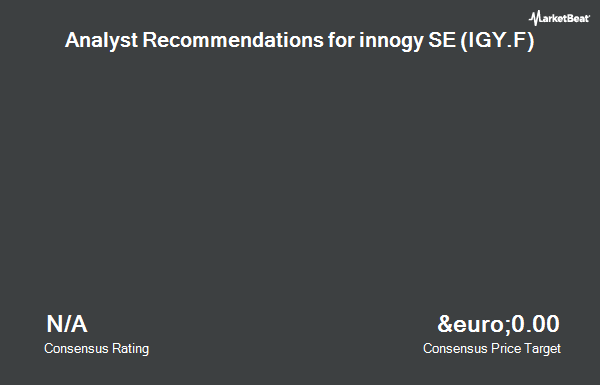 Receive News & Ratings for Innogy Daily - Enter your email address below to receive a concise daily summary of the latest news and analysts' ratings for Innogy and related companies with MarketBeat.com's FREE daily email newsletter.