Complete the form below to receive the latest headlines and analysts' recommendations for PhaseBio Pharmaceuticals with our free daily email newsletter:

Shares of PhaseBio Pharmaceuticals Inc (NASDAQ:PHAS) have received an average recommendation of “Buy” from the eight research firms that are presently covering the company, Marketbeat Ratings reports. One research analyst has rated the stock with a hold recommendation and six have assigned a buy recommendation to the company. The average 12-month price objective among brokers that have covered the stock in the last year is $13.00.

PhaseBio Pharmaceuticals, Inc, a clinical-stage biopharmaceutical company, focuses on the development and commercialization of novel therapies to treat orphan diseases with an initial focus on cardiopulmonary indications. Its lead product candidate is PB2452, which is a reversal agent for the antiplatelet drug ticagrelor that has completed a Phase I clinical trial, as well as developing for the treatment of patients on ticagrelor who are experiencing a major bleeding event or those who require urgent surgery. 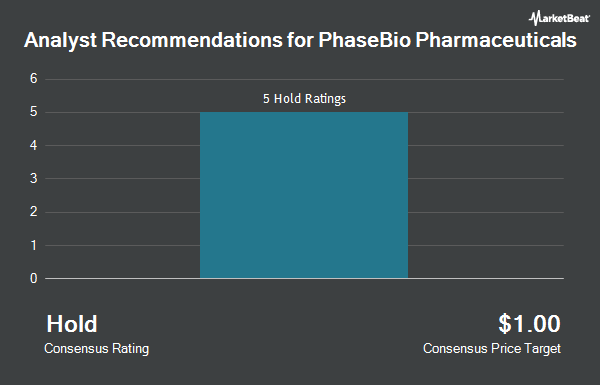