Complete the form below to receive the latest headlines and analysts' recommendations for Tivity Health with our free daily email newsletter:

Tivity Health (NASDAQ:TVTY) was upgraded by BidaskClub from a “buy” rating to a “strong-buy” rating in a research note issued on Friday, BidAskClub reports.

Tivity Health (NASDAQ:TVTY) last announced its quarterly earnings data on Wednesday, May 6th. The company reported ($0.12) earnings per share (EPS) for the quarter, beating the consensus estimate of ($0.18) by $0.06. The company had revenue of $337.66 million during the quarter, compared to analysts’ expectations of $339.52 million. Tivity Health had a negative net margin of 38.98% and a positive return on equity of 20.51%. On average, research analysts forecast that Tivity Health will post 0.54 EPS for the current year.

See Also: How do taxes affect a CDs total return? 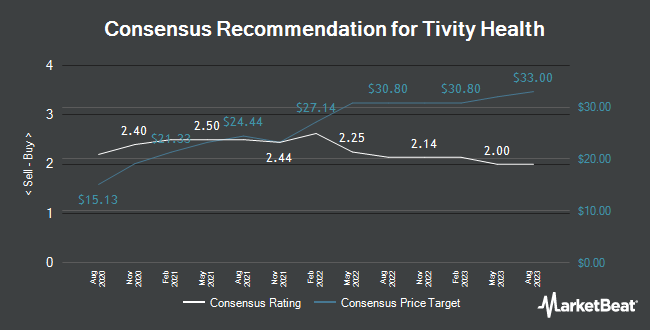