Complete the form below to receive the latest headlines and analysts' recommendations for Century Bancorp with our free daily email newsletter:

Century Bancorp (NASDAQ:CNBKA) last posted its quarterly earnings data on Tuesday, October 13th. The bank reported $1.96 earnings per share (EPS) for the quarter. The business had revenue of $31.50 million during the quarter. Century Bancorp had a return on equity of 11.97% and a net margin of 23.35%.

The business also recently declared a quarterly dividend, which will be paid on Monday, November 16th. Stockholders of record on Monday, November 2nd will be issued a dividend of $0.16 per share. The ex-dividend date is Friday, October 30th. This is an increase from Century Bancorp’s previous quarterly dividend of $0.14. This represents a $0.64 annualized dividend and a dividend yield of 0.91%.

Want to see what other hedge funds are holding CNBKA? Visit HoldingsChannel.com to get the latest 13F filings and insider trades for Century Bancorp, Inc. (NASDAQ:CNBKA). 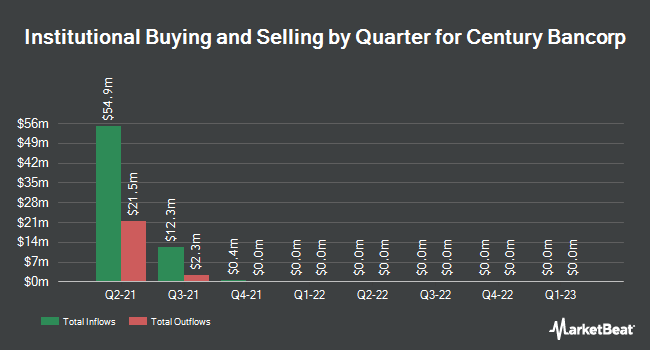 BNP Paribas Given a €37.20 Price Target by Barclays Analysts