Complete the form below to receive the latest headlines and analysts' recommendations for Rogers Communications with our free daily email newsletter:

Rogers Communications (NYSE:RCI) (TSE:RCI.B) had its price target lifted by BMO Capital Markets from $68.00 to $70.00 in a research note issued to investors on Friday, The Fly reports. The firm currently has an outperform rating on the Wireless communications provider’s stock.

The company also recently disclosed a quarterly dividend, which will be paid on Monday, January 4th. Shareholders of record on Thursday, December 10th will be paid a dividend of $0.3804 per share. The ex-dividend date of this dividend is Wednesday, December 9th. This represents a $1.52 annualized dividend and a yield of 3.55%. This is a boost from Rogers Communications’s previous quarterly dividend of $0.37. Rogers Communications’s dividend payout ratio is presently 48.88%.

Rogers Communications Inc operates as a communications and media company in Canada. It operates through three segments: Wireless, Cable, and Media. The Wireless segment offers wireless voice and data communication services to individual consumers, businesses, governments, and other telecommunications service providers; postpaid and prepaid wireless services under the Rogers, Fido, and chatr brands; and wireless devices, services, and applications to consumers and businesses.

Read More: What Are Treasury Bonds? 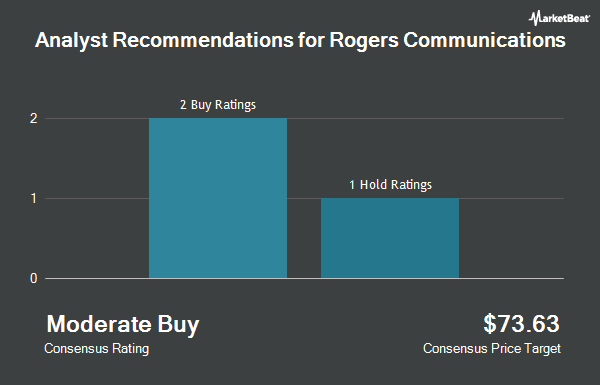