Complete the form below to receive the latest headlines and analysts' recommendations for Varonis Systems with our free daily email newsletter:

Varonis Systems (NASDAQ:VRNS) had its price target raised by Benchmark from $130.00 to $145.00 in a research note published on Tuesday morning, Anlyst Ratings reports. Benchmark currently has a buy rating on the technology company’s stock.

Varonis Systems (NASDAQ:VRNS) last announced its earnings results on Monday, October 26th. The technology company reported $0.06 earnings per share for the quarter, beating the Zacks’ consensus estimate of ($0.13) by $0.19. Varonis Systems had a negative return on equity of 97.77% and a negative net margin of 33.75%. The company had revenue of $76.80 million during the quarter, compared to analyst estimates of $69.93 million. During the same period last year, the company posted ($0.16) earnings per share. The firm’s quarterly revenue was up 17.1% compared to the same quarter last year. Analysts predict that Varonis Systems will post -2.73 earnings per share for the current year.

Varonis Systems, Inc provides software products and services that allow enterprises to manage, analyze, and secure enterprise data. Its software allows enterprises to protect data stored on premises and in the cloud, including sensitive files and emails; confidential customer, and patient and employee data; financial records; strategic and product plans; and other intellectual property.

See Also: Does the Dogs of the Dow strategy work? 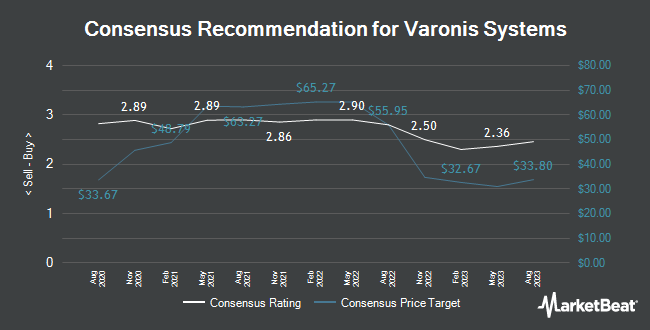