Complete the form below to receive the latest headlines and analysts' recommendations for Owens & Minor with our free daily email newsletter:

Shares of Owens & Minor, Inc. (NYSE:OMI) have earned an average recommendation of “Hold” from the eleven ratings firms that are presently covering the firm, MarketBeat.com reports. Six equities research analysts have rated the stock with a hold recommendation and four have issued a buy recommendation on the company. The average 1 year price objective among brokers that have covered the stock in the last year is $24.39.

In other news, Director Robert J. Henkel purchased 1,000 shares of Owens & Minor stock in a transaction that occurred on Friday, January 15th. The stock was acquired at an average cost of $27.11 per share, for a total transaction of $27,110.00. Following the purchase, the director now directly owns 21,000 shares of the company’s stock, valued at approximately $569,310. The transaction was disclosed in a filing with the Securities & Exchange Commission, which is available at this hyperlink. Also, insider Shana Carol Neal sold 4,791 shares of the business’s stock in a transaction on Tuesday, February 16th. The shares were sold at an average price of $27.54, for a total value of $131,944.14. Following the completion of the sale, the insider now owns 161,028 shares of the company’s stock, valued at $4,434,711.12. The disclosure for this sale can be found here. Insiders own 2.15% of the company’s stock.

Owens & Minor, Inc, together with its subsidiaries, operates as a healthcare solutions company in the United States and internationally. It operates through two segments, Global Solutions and Global Products. The Global Solutions segment offers a portfolio of products and services to healthcare providers and manufacturers.

Featured Story: How Important is Technical Analysis of Stocks 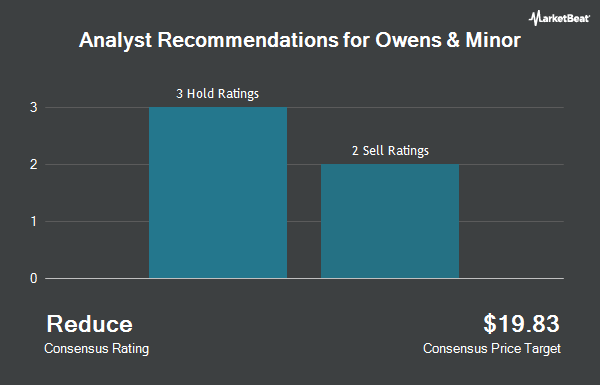