Complete the form below to receive the latest headlines and analysts' recommendations for Volkswagen with our free daily email newsletter:

Jefferies Financial Group set a €295.00 ($347.06) target price on Volkswagen (ETR:VOW3) in a research note released on Tuesday, Borsen Zeitung reports. The brokerage currently has a buy rating on the stock.

Featured Story: What is a Market Correction? 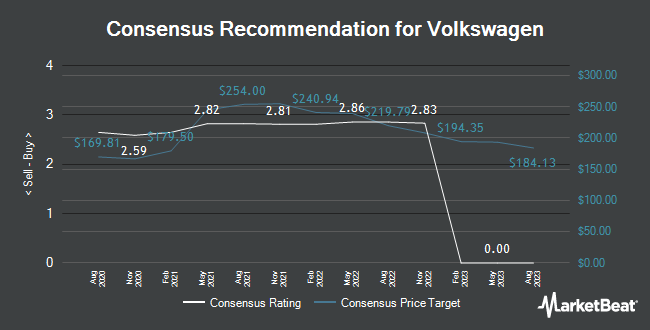