Complete the form below to receive the latest headlines and analysts' recommendations for Varonis Systems with our free daily email newsletter:

Varonis Systems (NASDAQ:VRNS) released its quarterly earnings results on Sunday. The technology company reported ($0.08) EPS for the quarter, beating the Thomson Reuters’ consensus estimate of ($0.13) by $0.05, MarketWatch Earnings reports. Varonis Systems had a negative net margin of 33.75% and a negative return on equity of 97.77%. The business had revenue of $74.79 million for the quarter, compared to the consensus estimate of $69.02 million. During the same period in the prior year, the company posted ($0.56) earnings per share. Varonis Systems’s revenue was up 38.0% compared to the same quarter last year.

In other Varonis Systems news, VP Gilad Raz sold 18,030 shares of the business’s stock in a transaction that occurred on Monday, March 1st. The stock was sold at an average price of $185.08, for a total value of $3,336,992.40. The sale was disclosed in a filing with the Securities & Exchange Commission, which is accessible through this hyperlink. Also, Director Den Bosch Fred Van sold 4,500 shares of the stock in a transaction on Thursday, April 1st. The shares were sold at an average price of $52.27, for a total transaction of $235,215.00. The disclosure for this sale can be found here. Over the last three months, insiders sold 277,799 shares of company stock valued at $40,694,906. Insiders own 2.70% of the company’s stock.

Varonis Systems, Inc provides software products and services that allow enterprises to manage, analyze, and secure enterprise data in North America, Europe, the Middle East, Africa, and internationally. Its software enables enterprises to protect data stored on premises and in the cloud, including sensitive files and emails; confidential personal data belonging to customers, and patients and employees' data; financial records; strategic and product plans; and other intellectual property. 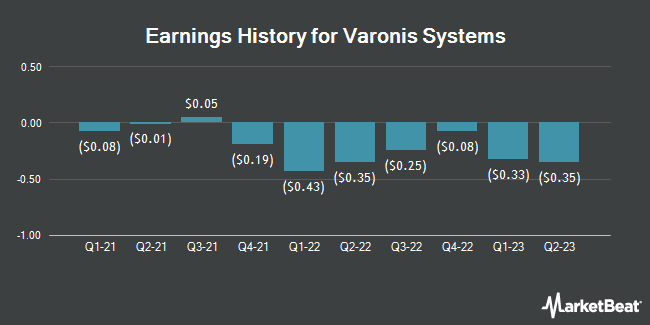