Veritex (NASDAQ:VBTX) will be releasing its earnings data after the market closes on Tuesday, October 26th. Analysts expect Veritex to post earnings of $0.69 per share for the quarter. Parties interested in registering for the company’s conference call can do so using this link.

Veritex (NASDAQ:VBTX) last issued its quarterly earnings data on Tuesday, July 27th. The financial services provider reported $0.59 EPS for the quarter, missing the Thomson Reuters’ consensus estimate of $0.60 by ($0.01). The company had revenue of $79.59 million during the quarter, compared to the consensus estimate of $77.55 million. Veritex had a net margin of 30.32% and a return on equity of 9.38%. On average, analysts expect Veritex to post $3 EPS for the current fiscal year and $3 EPS for the next fiscal year.

A hedge fund recently raised its stake in Veritex stock. Morgan Stanley increased its position in Veritex Holdings, Inc. (NASDAQ:VBTX) by 42.0% during the 2nd quarter, according to the company in its most recent Form 13F filing with the Securities & Exchange Commission. The firm owned 182,203 shares of the financial services provider’s stock after purchasing an additional 53,916 shares during the period. Morgan Stanley owned 0.37% of Veritex worth $6,451,000 at the end of the most recent reporting period. Institutional investors own 83.63% of the company’s stock.

Veritex Holdings, Inc engages in the provision of commercial banking products and services to small to medium-sized businesses and professionals. It offers personal and business banking products; mortgages; and treasury services. The company was founded by Charles Malcolm Holland III in June 2009 and is headquartered in Dallas, TX. 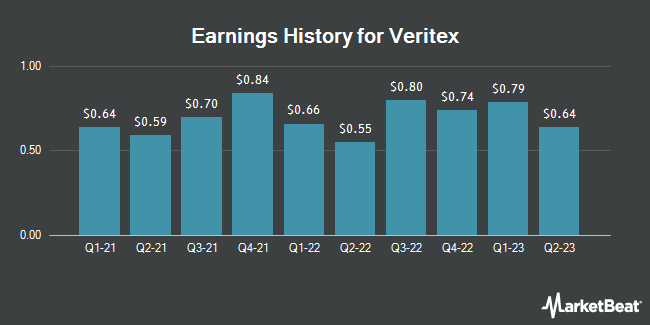 Receive News & Ratings for Veritex Daily - Enter your email address below to receive a concise daily summary of the latest news and analysts' ratings for Veritex and related companies with MarketBeat.com's FREE daily email newsletter.

Complete the form below to receive the latest headlines and analysts' recommendations for Veritex with our free daily email newsletter: