$31.72 Million in Sales Expected for Evolus, Inc. (NASDAQ:EOLS) This Quarter

Wall Street brokerages expect Evolus, Inc. (NASDAQ:EOLS) to post $31.72 million in sales for the current fiscal quarter, according to Zacks Investment Research. Four analysts have made estimates for Evolus’ earnings, with the highest sales estimate coming in at $32.70 million and the lowest estimate coming in at $30.50 million. Evolus reported sales of $20.58 million in the same quarter last year, which indicates a positive year-over-year growth rate of 54.1%. The firm is expected to issue its next quarterly earnings report on Wednesday, March 23rd.

Evolus, Inc is a medical aesthetics company, which engages in the provision of medical aesthetic treatments and procedures. It offers products under the brand of Jeuveau. The company was founded by Scott Cannizzaro in November 2012 and is headquartered in Newport Beach, CA. 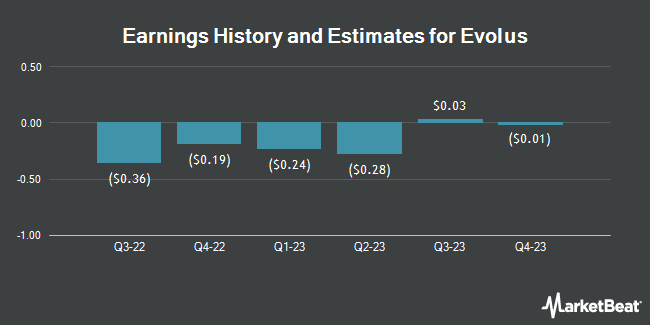 Receive News & Ratings for Evolus Daily - Enter your email address below to receive a concise daily summary of the latest news and analysts' ratings for Evolus and related companies with MarketBeat.com's FREE daily email newsletter.

Complete the form below to receive the latest headlines and analysts' recommendations for Evolus with our free daily email newsletter: