Rockwell Automation (NYSE:ROK – Get Rating) had its price target trimmed by Morgan Stanley from $277.00 to $260.00 in a research note issued to investors on Monday, The Fly reports. The brokerage currently has an overweight rating on the industrial products company’s stock.

Rockwell Automation announced that its board has authorized a share buyback program on Tuesday, May 3rd that permits the company to buyback $1.00 billion in shares. This buyback authorization permits the industrial products company to repurchase up to 4% of its shares through open market purchases. Shares buyback programs are generally a sign that the company’s board of directors believes its shares are undervalued.

About Rockwell Automation (Get Rating) 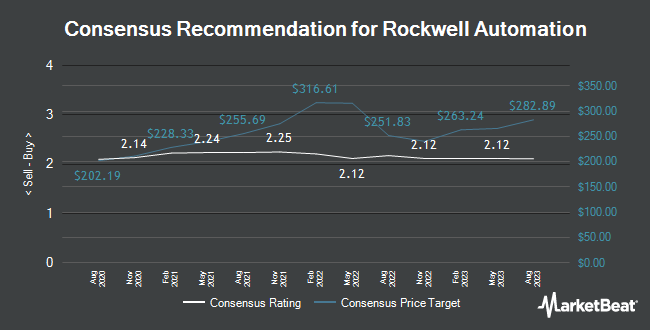 Complete the form below to receive the latest headlines and analysts' recommendations for Rockwell Automation with our free daily email newsletter: