Douglas Lane & Associates LLC increased its holdings in Stratasys Ltd. (NASDAQ:SSYS – Get Rating) by 2.6% in the first quarter, according to its most recent disclosure with the Securities & Exchange Commission. The institutional investor owned 1,369,726 shares of the technology company’s stock after buying an additional 34,991 shares during the period. Douglas Lane & Associates LLC owned about 2.42% of Stratasys worth $34,777,000 as of its most recent filing with the Securities & Exchange Commission.

Stratasys (NASDAQ:SSYS – Get Rating) last released its quarterly earnings results on Monday, May 16th. The technology company reported ($0.11) earnings per share for the quarter, topping the consensus estimate of ($0.17) by $0.06. Stratasys had a negative net margin of 10.06% and a negative return on equity of 2.97%. The firm had revenue of $163.43 million during the quarter, compared to the consensus estimate of $157.80 million. As a group, sell-side analysts expect that Stratasys Ltd. will post -0.31 earnings per share for the current year.

About Stratasys (Get Rating) 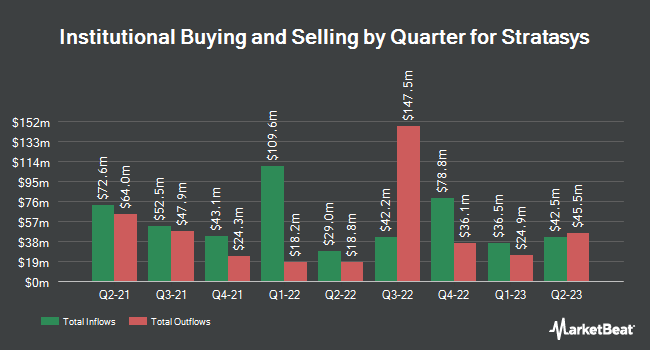 ArGo Price Down 8.6% This Week

Complete the form below to receive the latest headlines and analysts' recommendations for Stratasys with our free daily email newsletter: