Nektar Therapeutics (NASDAQ:NKTR – Get Rating) SVP Mark Andrew Wilson sold 3,189 shares of the firm’s stock in a transaction dated Tuesday, August 16th. The stock was sold at an average price of $4.76, for a total value of $15,179.64. Following the completion of the transaction, the senior vice president now owns 281,188 shares of the company’s stock, valued at approximately $1,338,454.88. The sale was disclosed in a document filed with the SEC, which can be accessed through the SEC website. 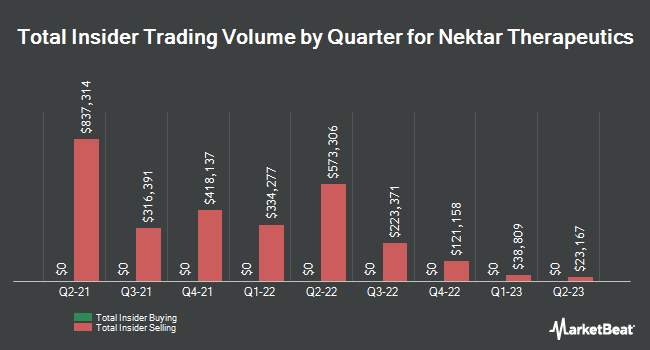 Complete the form below to receive the latest headlines and analysts' recommendations for Nektar Therapeutics with our free daily email newsletter: