The company also recently declared a quarterly dividend, which will be paid on Thursday, January 5th. Stockholders of record on Friday, December 16th will be paid a dividend of $0.6237 per share. This represents a $2.49 dividend on an annualized basis and a dividend yield of 4.16%. This is a positive change from Canadian Natural Resources’s previous quarterly dividend of $0.58. The ex-dividend date of this dividend is Thursday, December 15th. Canadian Natural Resources’s dividend payout ratio (DPR) is presently 28.45%. 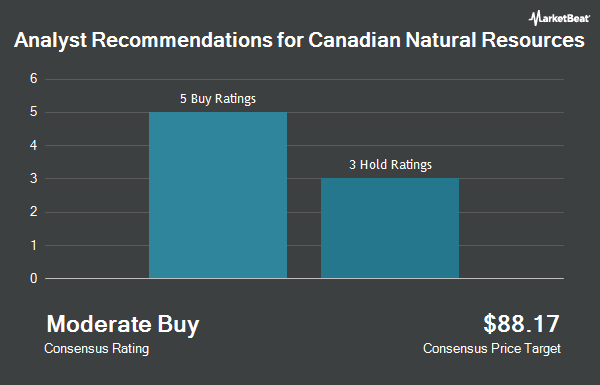 Reviewing Better Therapeutics and The Competition

Complete the form below to receive the latest headlines and analysts' recommendations for Canadian Natural Resources with our free daily email newsletter: