Concrete Pumping Holdings, Inc provides concrete pumping and waste management services in the United States and the United Kingdom. The company offers concrete pumping services to general contractors and concrete finishing companies in the commercial, infrastructure, and residential sectors under the Brundage-Bone and Camfaud brands; and industrial cleanup and containment services primarily to customers in the construction industry under the Eco-Pan brand. 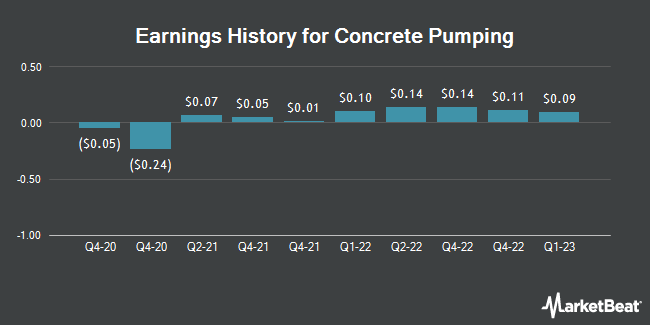 Complete the form below to receive the latest headlines and analysts' recommendations for Concrete Pumping with our free daily email newsletter: