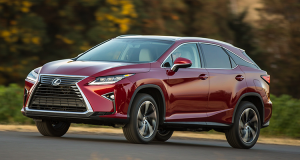 On Monday, major automakers in the United States posted sales figures for March, showing that numbers for the month were notably lower than expectations. Of course, this further highlighted concerns over the wane of the country’s vehicle sales boom, and that pushed car company stock share prices down.

Now, car sales in the United States have been on the climb since the end of the Great Recession, and even hit a new record high of 17.55 million just last year. As such, investors and analysts alike have been looking for the inevitable signs that the market will begin to wane.

It seems that time is now.

Indeed, both General Motors Co and Fiat Chrysler Automobiles NV shares fell nearly 4 percent. Ford Motor Co fell by about 3 percent. This is on the news, of course, that growth is far slower than expected, not necessarily that people are no longer buying vehicles. As a matter of fact, Americans are still buying cars, just not very quickly.

For example, General Motors Co (the #1 automaker in the US) reported only a 2 percent growth in sales last month—to 256,000—mostly as a result of the Tahoe and Suburban SUV models have their best sales month in nearly a decade. Overall, crossovers and SUVs (from various sellers) appear to be holding strong.

On the other hand, sales at Ford Motor Co were down more than 7 percent in March, falling to 236,000 vehicles; sales to business, government entities, and rental car companies were significantly down 17 percent. Perhaps the 10 percent bump in F-Series pickup trucks is helping to balance out Ford’s numbers. Indeed, Ford Vice President of US marketing, Mark LaNeve, notes, “Our high-series Super Duty trucks and all new F-150 Raptor drove double-digit F-series sales gains in March, along with the strongest year-over-year increase in transaction prices of any truck manufacturer in the industry.”

Toyota has also showed a 2.1 percent fall in sales; Fiat Chrysler showed a 5 percent drop (on the year) even though sales of the ever-popular Ram pickup truck was up 6 percent.

The concern over falling sales, though, perhaps also draws yet more attention to market concern over inventory levels and consumer discounts, which have forced automakers to push harder and harder to sell their products. This is somewhat new to the industry, and companies are struggling to keep pace.