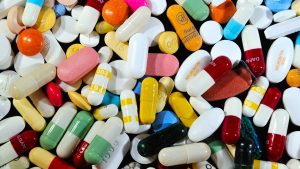 High drug prices are nothing new but that does not take away from the surprise every time a drug company announces the price of a new drug. This time, though, two new drugs have recently been cleared for market—with surprisingly lower price tags of $37,000 and $65,000 per year.

Obviously, these drug prices drew both great price and high criticism. Both researchers and patient organizations applauded the prices—because they are actually cheaper than similar drugs currently on the market—with hopes that the prices would also please insurers (who are going to have pick up most of the tab) so these drugs can be more widely available.

This is important because these two drugs were designed to treat eczema and multiple sclerosis, respectively. These conditions can be somewhat common, so new—and affordable—treatments are always enticing.

For example, Food and Drug Administration Center for Drug Evaluation and Research director of Neurology Products Division, Dr. Billy Dunn warrants, “Multiple sclerosis can have a profound impact on a person’s life. This therapy not only provides another treatment option for those with relapsing MS, but for the first time provides an approved therapy for those with primary progressive MS.”

This data is encouraging, then, because it is not just a means to treat primary progressive MS. The current catalog of MS treatments typically come with pretty significant side effects. As such, many physicians hesitate to prescribe them until the severity of symptoms make the risk a little more worthwhile.
And that is not a desirable trade off at all.

Obviously, this a controversy that affects just about everyone. Drug prices have been soaring for many years, with Mylan Pharmaceutical’s EpiPen taking center stage of late. The company has increased the price of the anaphylaxis intervention injector 15 times since 2009.

In response to this, of course, drug prices and health care spending policies have become a hot political campaign strategy, a major component of the presidential campaign last year. Harvard researchers revealed, in August, that the 10 largest pharmaceutical companies invest no more than 21 percent of total sales (and commonly much less) on research and development, concluding that there is no evidence of any relationship between how much a drug company charges for a product and how much they spend on research and development.