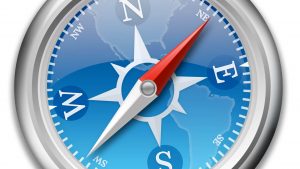 Apple has revealed that the new version of its Safari browser which will be made available alongside its new operating system for the desktop, High Sierra, will prevent website videos from autoplaying. The upcoming Safari will also avoid tracking users as they navigate the web. While the new features will be appreciated by users, media companies, publishers and advertisers are not likely to be pleased by the development.

Craig Federighi, a senior vice president for Apple, revealed that artificial intelligence technology will be used in the new Safari browser to prevent website videos from tracking a user’s browsing data as well as preventing the autoplaying of website videos.

“Now your browser history is your own,” Federighi said.

The development comes in the wake of a Google announcement that the upcoming version of the Chrome internet browser will be capable of blocking by default particular ad types such as video ads that autoplay. Chrome has about 60% share of the browser market currently. Also to be blocked will include low-quality ads. The quality of the ads will be determined depending on the standards set by an industry body.

Google’s announcement is more worrying for advertisers, publishers and media firms since it is one of the biggest advertising businesses in the world and the Chrome browser is the most popular on the desktop as well as on mobile devices. The possibility that Google’s announcement could be in breach of anti-trust rules has also been raised by some legal experts. This is because even though the acceptability of ads is determined by an industry group that is independent, blocking particular ads by default could be construed as anti-competitive.

Apple’s advertising business, on the other hand, is tiny and the Safari browser does not rank highly in terms of popularity. It would therefore be harder to argue that Apple’s move is anti-competitive. But the fact that possesses a powerful and large user base and will identify which ads to remove on its own is worrying for the advertising industry.

This is not the first time Apple is prompting outcry from the ad industry as it previously did so in 2015 when the iOS9 was made compatible with ad blocking software from third parties. Since then ad blocking has continued to grow rapidly on both ether mobile devices and the desktop according to surveys conducted by players in the advertising industry.