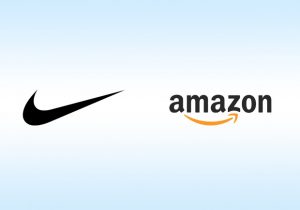 Nike has just released its latest earnings report and it is making investors grow more and more concerned. While this report still shows a positive outlook, the retailer has confirmed a plan to reduce its assortment of accessories, apparel, and, of course, footwear, that is available on Amazon.com. Not providing any more detail, Nike did say that it is still in the earliest stages of testing the new strategy, which is aimed at making the most of its evaluations of Amazon in order to maximize online sales.

Effectively, Nike would prefer you buy directly from their website, and not an online store. Since Nike is actually smaller than Amazon.com—and would be using their space to sell merchandise—they will not have the type of control they like to have over how their brand is presented and represented in that space. This is also in reference to third party sellers, a common happening on the Amazon.com marketplace.

With that, Susquehanna Financial Group commented “Removing unauthorized third-party Nike product sales would help enhance Nike’s brand presentation and prevent counterfeit sales. Given Amazon’s reputation as a transactional retailer with no interest in brand building, we have doubts as to whether Amazon will ever agree to the removal of an unauthorized third-party Nike sales from the site.”

In reference to Nike’s desire for utmost control, the investment firm goes on to say: “Amazon would be the only customer that Nike wouldn’t have significant leverage over given Amazon is about three times larger than Nike from a sales perspective. So if Nike ever felt that Amazon was not presenting its brand properly, Nike would have very little ability to apply pressure in order to force Amazon to improve presentation.”
Fosina Marketing Group chief executive Jim Fosina agrees that such a partnership does create risk for Nike, a brand that has long fostered a loyal—and consistent—fan base; one that is actually willing to wait in long, physical lines at a store to get the newest product (which they only know about through exclusive scheduled alerts).
“Will customers turn to Amazon first?” he inquires. “I think it could cause quite the distraction for Nike.”
Still, Quo Vadis Capital analyst John Zoldis also wrote: “Our opinion is that Nike’s new pilot test with Amazon, its consumer direct offense, express lane and membership platforms for consumers and disruption through digital represent the right approach in a world characterized by the long-term decline in terrestrial retail.”

Ecolab Inc. Given Consensus Rating of “Moderate Buy” by Brokerages