UPS Is the Latest To Freeze Pension plans for NonUnion Retirees 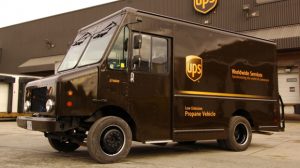 United Parcel Services Inc—you might know them better as UPS—has just announced plans to freeze a pension plan that will affect roughly 70,000 nonunion employees in the United States. The agency says that escalating costs and increased market volatility that makes it hard to anticipate future payments. Fortunately, the company says it also
has plans to replace the pension with a different retirement account.

What is, perhaps, most interesting about this is that UPS is actually joining other companies—including the likes of Lockheed Martin Corporation and DuPont Co—in the act of freezing pensions. In fact, nearly 40 percent of the Fortune 500 companies with pension plans froze these plans by the end of 2015. And yes, that number is high: it is 21 percent higher than the same stat from 2009. Companies—including FedEx Corp and Delta Airlines Inc had to issue debt this year just to be able to fund retirement programs; and the 100 largest corporate defined-benefit pension plans faced a shortfall this year of nearly $280 billion.

Now, Seaport Global Holdings analyst Kevin Sterling advises that this is “not a red flag.” He explains, “Combine how much money they are spending on automation and on planes, along with discount rates being low maybe forever, and they said ‘we have to cap this or we’ll continue to see funding shortfalls.”

The good news is that current retirees will not be affected by this shortfall—only future pension holders. Company spokesman Steve Gaut declined to comment on the cost of making these changes, but he said that the amount is reflected in its present targets for fiscal year 2017. He did say, however, “It’s something that’s been contemplated for quite some time, studied in some detail. This just makes it more predictable for the company.”

Currently, UPS has retirement obligations in addition to a recent $1 billion jump in capital spending that the company already has planned for this year. it was only last that 22,000 former UPS employees accepted one-time lump sums of their existing vested pension benefit in the buyout offer. This accelerates payments by a total of $685 million, according to the company.

IAMGOLD Co. Given Average Rating of “Reduce” by Brokerages

Workiva Inc. Given Consensus Rating of “Moderate Buy” by Analysts

Mobiquity Technologies vs. The Competition Head to Head Analysis