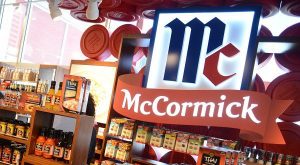 McCormick & Company—the US spice maker—has just bought the Reckitt Benckiser food business in a deal worth about $4.2 billion in cash. Calling it a “perfect match” the Sparks, Maryland-based company won the bid after fighting off many rivals who also sought to purchase the business probably known best for making both French’s mustard and Frank’s RedHot brands. The two condiments will actually become McCormick & Company’s number two and number three in-house brands, respectively.

On Wednesday, the deal was disclosed on the London Stock Exchange, now with a combined annual group sales worth roughly $5 billion.

Reckitt Benckiser says that this deal is part of the company’s strategy to focus more on consumer health and hygiene products, a direction the company wanted to head in after buying the US baby formula maker Mead Johsons. You might recognize Reckitt Beckiser from its brands, which include: Nurofen, Woolite and Clearasil.

She also contributes that this deal will provide “plenty of opportunities” for McCormick & Company to reduce costs and also increase profits, which are key focus areas for many multinational companies this year, particularly those in staple foods.

All that in mind, McCormick & Company says it plans to strip out nearly $50 million in cost “synergies” once the takeover is complete; most of this should be finished by 2020.