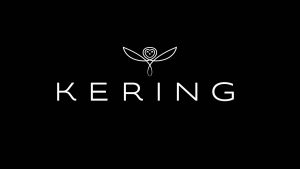 Luxury goods firm Kering has reached an agreement to drop a lawsuit which it had filed against Chinese online retail leader Alibaba. The suit which had been filed two years ago in New York alleged that Alibaba was in a conspiracy with Chinese sellers to sell fakes which brand names belonging to Kering such as Bottega Veneta, Saint Laurent and Gucci. In the new deal the two firms will cooperate in fight fakes available on Alibaba’s marketplaces.

“The companies have established a joint task force with the purpose of collaborating fully, exchanging useful information, and working closely with law enforcement bodies to take appropriate action against infringers of Kering’s brands…” read a statement issued on Thursday by the two firms.

The announcement on Thursday marks yet another round of continuing rapprochement between online retailers based in China and makers of luxury products. Managing to put aside previous concerns over the proliferation of counterfeiting in China, the luxury goods sector is starting to sell products on Chinese ecommerce platforms which have gained a notorious reputation of enabling high-end fakes. This is to avoid missing out on a market that is among the biggest, and also among the fastest growing, in the world for luxury goods.

Alibaba late last year suffered a setback in its bid to fight knockoffs when its Taobao platform was put back on a list of marketplaces that the United States government considers notorious for selling counterfeit goods. The Chinese online retail giant went on to establish a brand advisory board with a view to providing protection for intellectual property. According to the U.S. government one of the reasons why Taobao was reinstated on the list was because of the challenges that rights holders met when trying to prevent illicit sales.

IAMGOLD Co. Given Average Rating of “Reduce” by Brokerages

Workiva Inc. Given Consensus Rating of “Moderate Buy” by Analysts

Mobiquity Technologies vs. The Competition Head to Head Analysis