Are Drug Companies Responsible for the Growing US Opioid Epidemic? 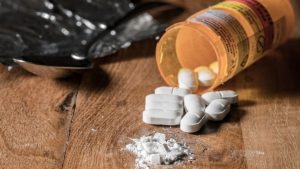 A panoptic coalition of US state attorneys general has formed a bipartisan committee aimed at looking into the marketing and sales practices of companies that make opioid pharmaceutical drugs. The goal for this coalition is to investigate what role these manufacturers may play in the growing opioid epidemic across the United States.

According to a statement from the United States Centers for Disease Control and Prevention, at least 33,000 people died from opioid overdose in 2015. More importantly, almost half of these fatalities involved prescription opioids, not the street-bought kind. As a matter of fact, the data shows that three out of four heroin users start with legal narcotics—like oxycodone or hydrocodone—that are either chemically similar or a chemically derivative of the poppy plant; the very same plant from which illicit drug manufacturers make the street drug heroin.

This announcement is important, of course, because according to District of Columbia Attorney General Karl Racine, “State attorneys general almost never announce the existence of investigations before they are completed.” However, he continues, “the opioid crisis is a uniquely dire situation.”

Racine also goes on to advise: “Deaths from opioid overdoses are skyrocketing across our country, and the District is no stranger to that trend. We are looking into what role, if any, marketing and related practices might have played in the increasing prescription and use of these powerful and addictive drugs.”

For now it is not clear just how many states are involved with this investigation but analysts suggest that it may just be too early in the process to know for certain. Perhaps in time the participants will reveal themselves.

Indeed, Texas Attorney General Ken Paxton comments, “The multistate investigation will help us determine the appropriate course of action we can take as attorneys general to address the opioid epidemic.”

In addition, Illinois Attorney General Lisa Madigan shares, “I want to know whether drug companies, seeking higher profits, have recklessly and unlawfully pushed addictive opioids,” adding also, “We must hold drug companies accountable for their role in the epidemic levels of opioid overdoses and deaths in Illinois and around the country.”