Walmart To Acquire Bonobos As It Accelerates Online Push 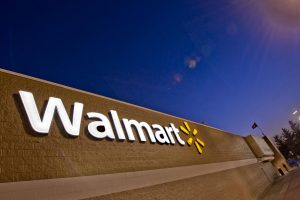 Walmart has announced that it is acquiring Bonobos for a price of $310 million in a cash deal. Bonobos is a hip clothing brand and will help Walmart diversify its apparel offerings since it concentrates on low cost clothing rather than fashionable items. The main customer base of the hip clothing retailer are male shoppers who require help in assembling a wardrobe.

“Adding innovators like Andy will continue to help us shape the future of Walmart. They’ve created an amazing product and customer experience, and that will not change,” Lore said.

Though Bonobos is largely an online retailer, the startup has also unveiled brick and mortar showrooms from where customers can try on jackets, belts, ties, shirts and pants while getting suggestions from professionals such as stylists. Customers can then make their orders online while visiting the showrooms and they can then get their orders delivered to their offices or homes a couple of days later. Bonobos currently operates 30 such stores in places like Atlanta, New York and Chicago. By 2020, the hip clothing retailer intends to have launched 100 such stores

This is not the first acquisition of an online retailer that Walmart has made in the recent past as it looks to take on Amazon. Besides Jet.com which it acquired last year, the retailing giant has since then acquired Modcloth, clothing seller; Shoebuy.com, a footwear retailer and Moosejaw, an outdoor gear seller.

While the online business of Walmart has been gaining momentum later, it is still far behind that of Amazon. In the first quarter of this financial year, Walmart’s online business grew by 63% which was an increase of 29% from the previous period. The brick and mortar retail giant has witnessed gains four quarters in a row.

Under the leadership of Lore who is the founder of Jet.com before he sold it to Walmart, the Arkansas-based retail giant has lately also been accelerating the integration of Jet.com and Walmart.com while also exploiting synergies in areas such as shipping. Other measures Walmart.com has taken to spur sales include offering discount on items that are only available online when buyers choose to pick them from a company store.