Oracle In Record Highs As Cloud Business Takes Off 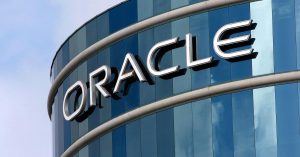 Oracle’s foray into cloud computing continued to gain momentum resulting in growth in revenue for the fourth quarter in a row. Total sales for the enterprise software maker easily exceeded estimates by analysts and this sent the shares of Oracle surging to a record high on Wednesday.

“We continue to experience rapid adoption of the Oracle Cloud. This cloud hyper-growth is expanding our operating margins, and we expect earnings per share growth to accelerate in fiscal 2018,” said SafraCatz, the co-Chief Executive Officer of Oracle in a statement.

In the fourth quarter revenues of the software maker increased by 58% while new licenses for the software products that Oracle has traditionally offered fell by 5%. This was in contrast to a 16% drop in the third quarter.

The financial results are an indication that shifting to the cloud and allowing clients to access services offered by Oracle without having to install applications onsite is on a strong footing. This is also an indication that Oracle will be able to compete against such rivals as Microsoft and Salesforce.

Some of the applications that were most in demand from Oracle clients including those that assisted enterprises in such areas as financials, customer relationship management and human resources. Combined these applications recorded a jump in earnings of close to 70%.

In an earnings call with investors and analysts, Catz revealed that in the present quarter she expected adjusted revenue to increase by between 4% and 6%. Catz also estimated that adjusted earnings would come in at between 59 cents and 61 cents a share. Oracle’s co-chief executive officer also added that the enterprise software maker’s growth in earnings per share would be in the double digit levels.

During the earnings call executives from Oracle also took the opportunity to tout the growing interest of clients in the software maker’s cloud offerings. In May, the enterprise software company disclosed that the telecommunications giants AT&T had inked an agreement which would see it transfer thousands of databases to the new Oracle platforms.

Beyond Meat Trading Up 4.5%